Last weekend we had planned to go up and hike Mt. Whitney with some really good friends. Monique and I were keen on a run back to the cars but all bets were off… I never get to cash in on my “wins”anyhow. We even had some killer routes to ride after near Bishop into the Sierras. Some of the climbs there are the real deal! However, we decided to put pull out because we are just starting to catch up from our last trips and I had some work stuff that I just could not move. We will be back and I know Whitney is not going anywhere but I just hope to make the trip with the same good folks and maybe a few more…

So, we stayed home again. Not bad! I had some great quality swim, bike and run stuff with less than 10 minutes of driving. I also got to test some new speed suits(the legal type) with some of the new beta beta stuff. 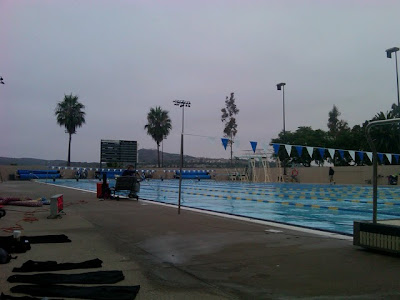 It was actually pretty scientific with the help of Genadijus and his “power meter” for swimming device. This machine captures “instantaneous velocity (V, m/s) and force (F, kg) at specific points in the stroke“. The recorded velocity, along with a synchronized camera will effectively measure your power(or lack there of) along with drag to match your stroke patterns. The purpose for us was to test relative drag with the suits but we also get a DVD with some stroke review and power analysis. I need all the help I can get. You can contact Global Sport to setup a session or learn more about it over here. Get him out to your masters team and get everyone moving more like the sharks!

We wrapped up a solid eight hour day on Saturday and then rode over to the US Open to watch Weezer play with just a few other people gathered on the beach. Nothing like some live music and a few friends to make you feel like a kid again.

We all know how much Ryan loves the beach people so when we got back we had guests over for some of Monique’s eat your face off delicious BBQ pizza. Of course, Ryan and Sarah were in the kitchen cooking too and we would not want it any other way. Round two is next month when we have a real cook off.. Iron Chef BBQ Pizza style! 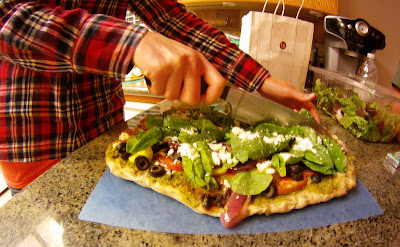 After our main dish(es) the Weegers cooked up some BBQ Pizza Desert(before the grill). Just how creative can you get? Well, it was good! 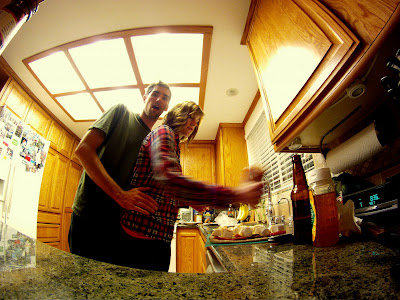 Sarah busy cooking… I am not sure what Ryan is doing 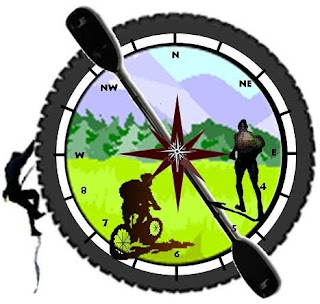 This weekend is going to be BIG, NASTY and WILD!!!! I am joining team Dart Nuun for the Gold Rush Adventure Race. My GoPro camera has worked out pretty good so far so I hope to bring it along and capture some of the views. We will be racing up in some amazing terrain and Sean has been busy gathering as much recon data as possible. Am I ready to race for 24 hours? Well, I know my mind is and that is what counts. By next week it should log some good simulation training for Kona too! For the mind that is…
I have been busy today packing up gear (you would not believe how much crap you need to bring for one of these races!) and making some calorie bombs. We may have access to our gear boxes a few times throughout the race so I made some Vitargo and fruit pancakes to load up on. between transitions. Basically, I mixed up an entire package of wheat free/gluten free pancake mix, 5 eggs, 8 scoops of unflavored Vitargo, olive oil, honey and some blueberries and chopped strawberries. Tastes great and just under 6,500 calories per bowl they are loaded with energy. I made two bowls. yum! 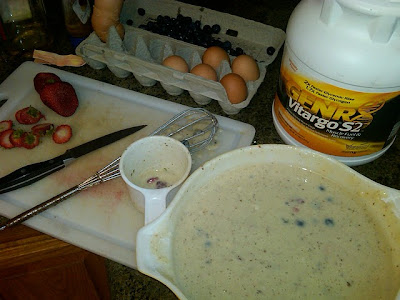 Here is a big view of where the race starts. We enter at Stanislaus National Park from Yosemite. Looks like it is sitting right between Mammoth to the South, Tahoe to the North and in the middle of COME SEE ME wilderness. So cool! I switched it to the “terrain” view and my quads started to cry so I had to move on. Lots of downhill! 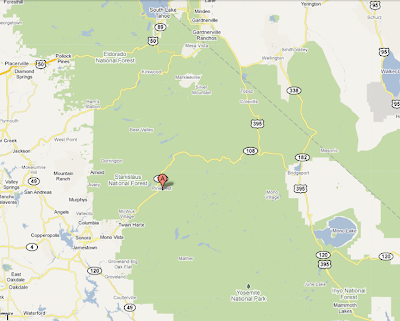 Until then its time to eat up and ejoy the ride. See ya out there